We started day 4 at 6:00 AM (you know how I love the mornings) to be at Chef Mickey's for our 7:00 AM breakfast. I am very thankful that Caryn booked this breakfast with Mickey and pals because we all had a blast! You can stand in line and see most of the characters, but this gave us another chance to give some lovin' to M-I-C-K-E-Y M-O-U-S-E and who doesn't love a Mickey sprinkle brownie for breakfast?
Check out Ally's little Minnie ears! They were just the cutest thing ever. 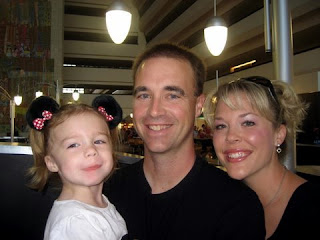 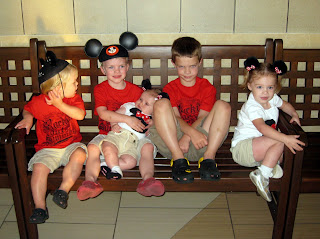 I have the sweetest friend who made Lila and Ally these PRECIOUS Minnie Mouse shirts. Thank you so much Kristiana. They were the cutest Minnies you have ever seen! 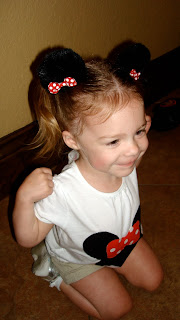 Lots of love-click to see a great smile from our firstborn!!!! 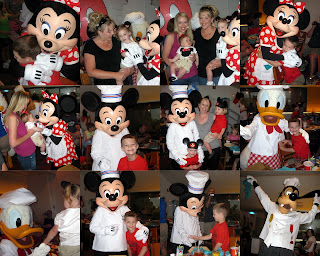 Our family pic of the day 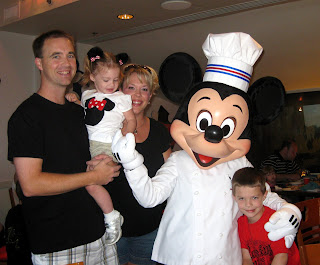 After breakfast we went to Disney Hollywood Studios where they were having Stars Wars weekends. To a 5 year-old in love with Star Wars, this was like Christmas morning. When we entered the park there were Storm Troopers walking on the roof !!! Ryan was bursting with excitement. We also attended the Jedi training camp, saw C-3P0, R2D2, Darth Vader and the mean Darth Maul. They were also having an original Star Wars cast autograph session so it was just ridiculous how many fans were there. Ryan didn't seem to mind though, he enjoyed every second of the Star Wars mania. 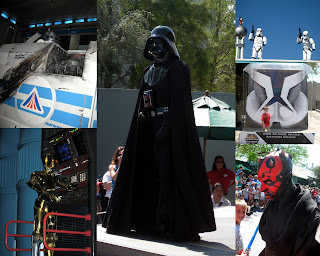 Next we were off to Star Tours, which was enjoyed by all of us over 40". 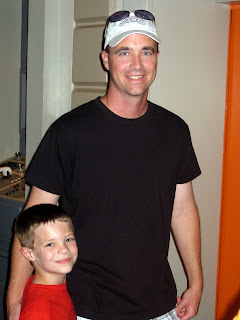 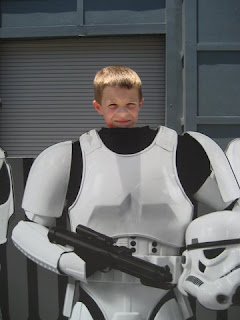 Isn't that hilarious? This may be his birthday invitation in September. 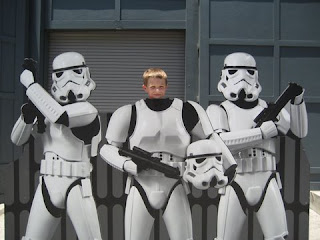 I would buy this action figure in a heartbeat. 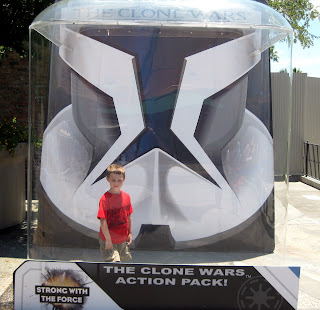 After I waited in a 50 minute line for our Star Wars t-shirts (yeah I know 50 minutes!!!!), we met up with the rest of the gang at Playhouse Disney Live! This was a much needed air conditioned show that everyone enjoyed. Before the show Ally and Wyatt got to meet the Little Einsteins. Look at that sweet Wyatt! 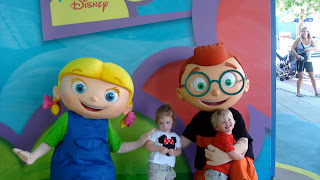 After lunch we rode the most AWFUL ride in all of Disney World-Disney Movie Tours-huge snooze and a long line! Outside the ride they had this cute Singing in the Rain umbrella that actually rained. Ryan loved getting wet. 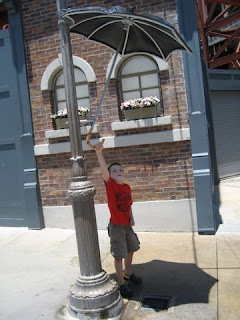 So since we got up at the crack of dawn, Ally and I were done at 2:00. I stayed with these two cuties while everyone else rode Toy Story Mania! I heard it was a good one, with 3D glasses to boot. This was the end of our Day 4. Like most days we hung out at the pool for the rest of the day simply relaxed-aaahhhh. Much needed for this tired mommy! 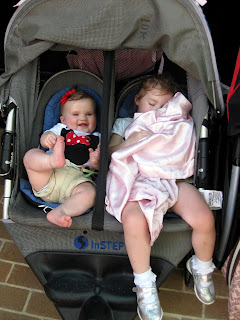 I would buy that action figure, too!!! You must use that for his birthday invite. Perfect!!!

I had fun looking at your pics from this day since I wasn't with you guys in the morning and hadn't seen any of your pictures from Star Tours. That picture of Ryan as a storm trooper is a PERFECT invite!! Seriously you have to use that!!