Tired at "The Wal-mart"

So I know I am a Target snob, but while we were in Marble Falls enduring the monsoon of 2009 we had to brave the local Wal-mart (which is called "the Wal-mart" for all you big city folks). We weren't going to be there very long and it was raining so mom and I thought we would just take the kids in to browse around a little. Here's what Ally decided to do. She sat down on the floor took off her socks and shoes and tried on these little beauties:-). 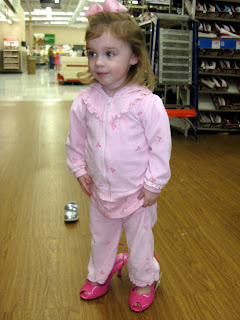 We were rolling because she refused to take them off and she just pranced around the shoe department like these are her everyday shoes! 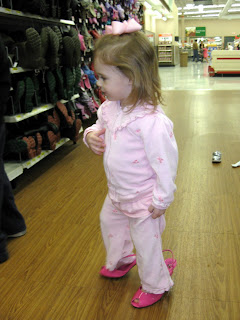 Aren't they stunning? I know I've told you about this girl's flair! 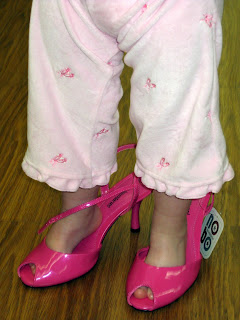 Honey actually did find a really cute pair of sandals. 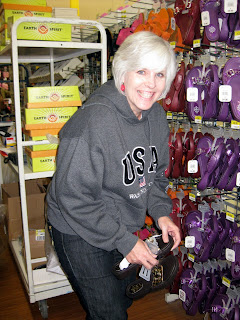 My Ryan has turned into a TERRIBLE shopper. If we are in a store for more than five minutes he just turns to jello. Monkey see Monkey do. 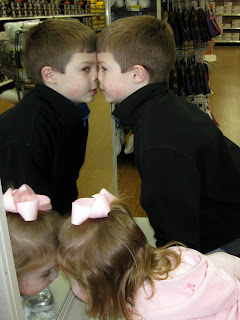 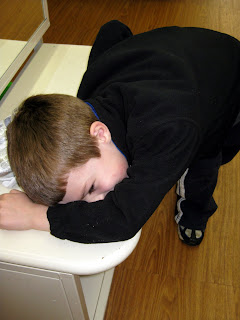 I think Ally had enough too, what do you think? 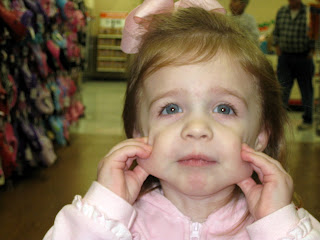 Haha! She sure knows how to pick out shoes. This post was too cute. I can think of many times our family had to get out of the house and Walmart was just about the only place to go....who knew you could have so much fun there....and pick out some fancy shoes? Love it!!

It was such a treat to see you guys today. I wanted to say Hi to sweetpea but afraid she would be like Mom who is this crazy lady? ha!

I am looking forward to my new job!!!

Let's remember NOT to ever take Ryan and Walker shopping together. It would be awful!!! Now Hadlee and Ally...that could work!!!!!!!!!

Big hugs your way!!! See you at Target!

Oh my word - Ryan and Landon are so much alike. Landon HATES any store (other than the toy store) with a passion. Loved seeing you today!