Ally had her big preschool debut singing in Christmas Chapel this year. WOW this was a different experience than when Ryan sang he when was in Mrs. Thompson's Class! Ally was not nervous at all, sang every single word and looked precious the whole time. I have some great video but couldn't get it to upload---boo! Here are some pics after the event! 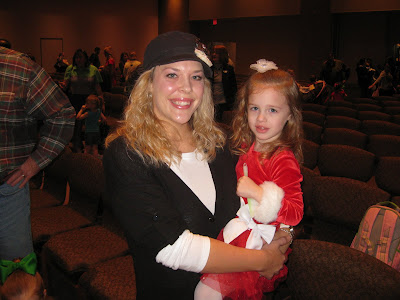 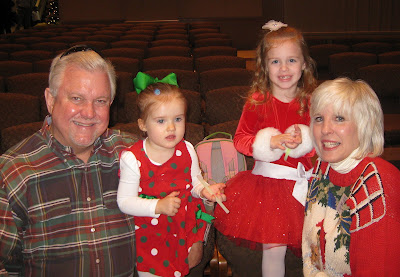 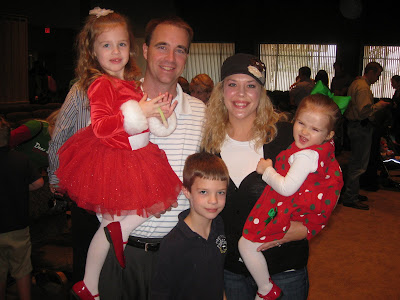 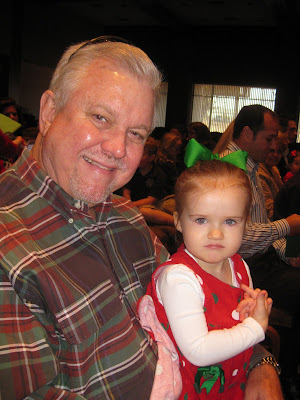 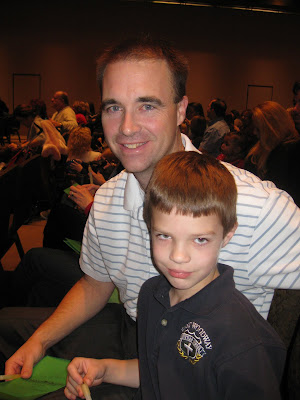 We were given glow sticks instead of candles for silent night, and the girls were trying to make them glow during Pastor Toby's sermon. Honestly it was hilarious seeing them both under the chairs on the floor. I have also come a long way too the second time around. Instead of insisting that they sit in their chairs perfectly still and silent, I just let them crawl all over the nasty floor---and you know what, we were ALL happier :). 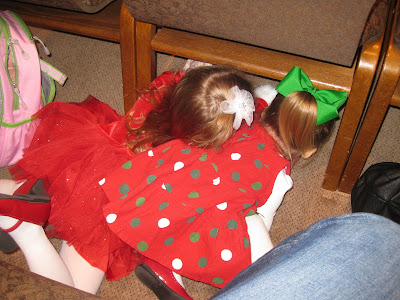 Ally girl we are so proud of you singing your heart out, way to go!

She looked just adorable. Don't you love growing in parenting skills. Looks like it was a great chapel.