Rangers on a School Night?

We are a baseball lovin' family and we especially L-O-V-E to watch the Texas Rangers play ball! This spring Ryan was on the Minnesota Twins little league team and so he naturally became a Twins fan as well. I cannot tell you the number of times throughout the summer that Mark and Ryan were checking the Twins' score on Mark's phone. So, when the Twins came to Arlington we knew we had to take Ryan to the game---unfortunately this home stand was during the first full week of school. That might have stopped an average fan but not the Woods! We loaded up, made Ryan's dream come true and headed to the game.

This little fan had a blast! 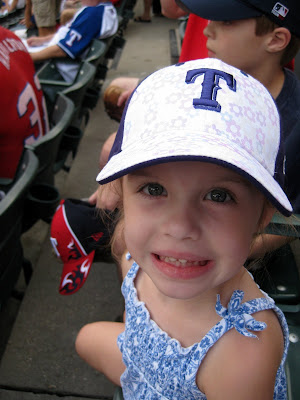 And so did they (Ryan has on his Twins shirt and hat:)) 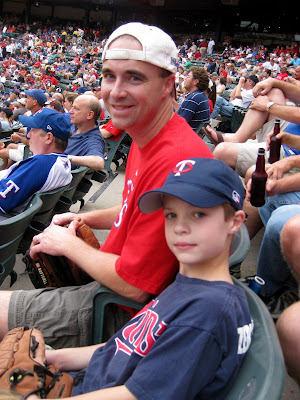 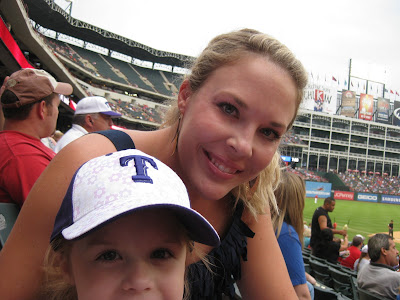 By the end of the night Ryan had traded his Twin hat for a crazy new Ranger hat (what is it about boys and their love of fire?)! 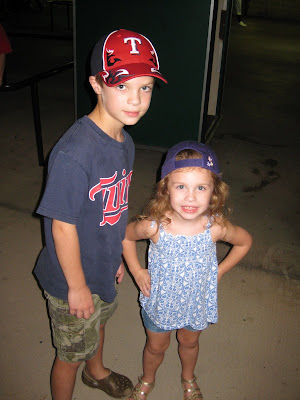 Thank you Mark for making this happen. If the decision was solely up to me I would have nixed this trip, and we would have missed wonderful family time, and a great game!
Go Rangers!
Posted by angie at 10:08 AM