Ally had the privilege of preforming at the Baylor Men's Basketball halftime show last week, and she did SO good! She is in a group called TOTS (Teams of tomorrow) and it was probably the cutest performance I've ever seen. Here she is ready to go to her "game". 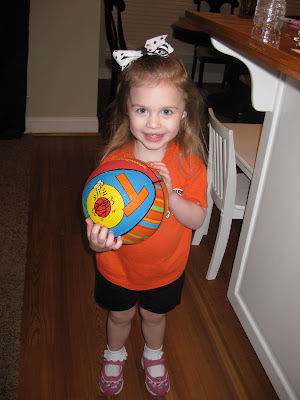 Showing me some pre-game skills 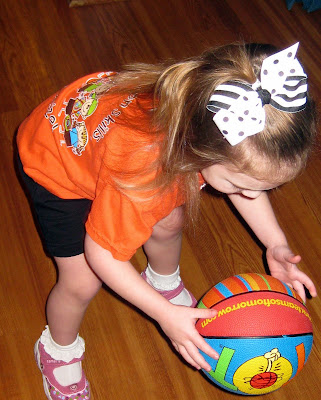 In order to preform they each had to have their own TOT basketball. Thanks Honey and GP for this ball, she is so proud of it and she plays all the time with her favorite boys. 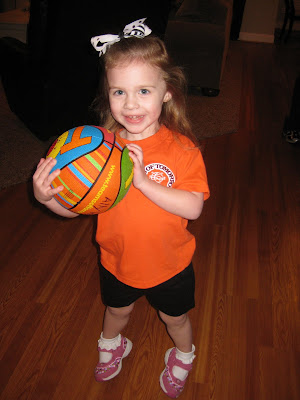 It was a double treat since the Bears were playing my Raiders. We got smoked but had such a great time at the game! 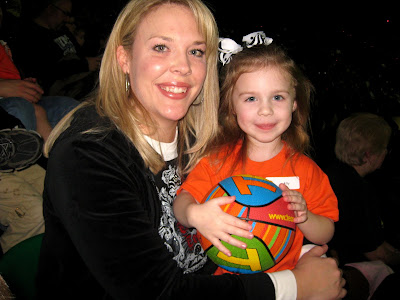 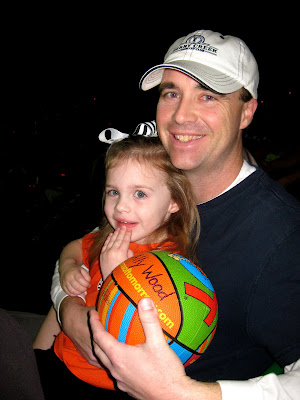 Ally and her sweet friend Landry. I adore his momma and her entire family. (She's also a Red Raiders and a Tri-delt so basically she's awesome-hehe).Thank you Robin for making sure that mean ol' BU bear didn't get my precious one. :-) 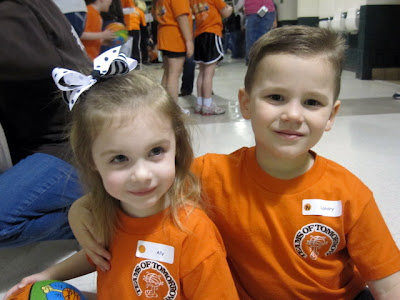 Getting ready looking at the blimp in the stadium. I have to be honest this experience was SO different then my performance experiences with Ryan. Ally wasn't nervous at all. She marched right out there and did everything she was supposed to do. And she was Happy as a little clam the whole time! This must be what it's like for most of you parents out there...piece of cake! Mark and I were extremely proud of her!!! 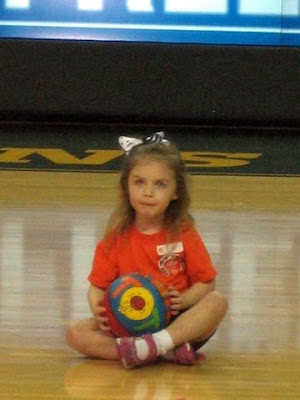 The music began and they started their show...precious! 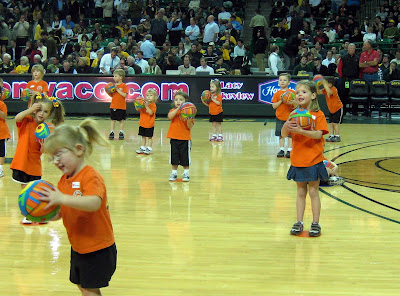 Ally and Landry watching their teachers to see what was next (thanks Cari for the pic...man do I ever need a new camera, this picture is SO clear) 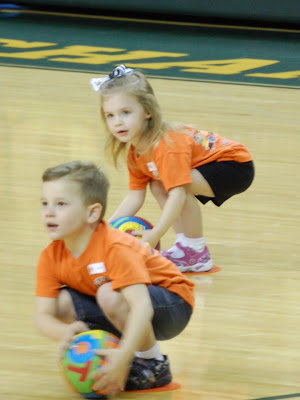 Ally is a complete girlie girl and I didn't originally think TOTS would be for her but, she LOVES it! The teachers are so organized and they learn so much. I would recommend it to anyone...even a girlie girl like Ally. 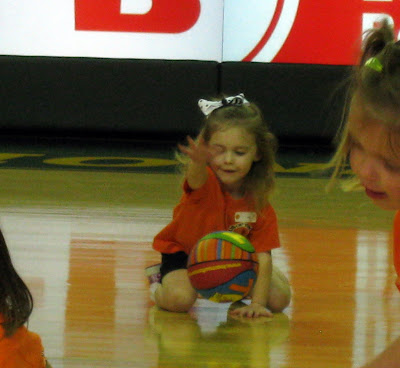 going around the legs, another skill:-) 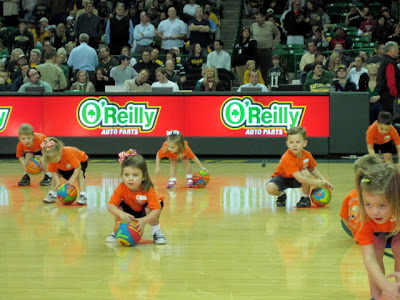 Here's a little video shot by Aunt Kacey. The actual performance was about 7 minutes but this is a great clip of the best part. Enjoy!

OH MY GOODNESS!!! Love this precious precious post! The video just about did me in! LOVED that I got to see Ally AND Landry performing. SO ADORABLE!!!!!!!!!!!!!!!

Ally did a fabulous job and she is so darling!!! Just precious...made my night!

(But I better not let Haddie see this!)

precious!!! i debated putting jackson into that at MDO at Columbus - looks like he'd love it huh?? great pics!

Precious! I just watched that video and felt like I was there! I got all teary watching Ally perform---gosh am I a wreck or what?? darling, just darling. I think we are going to have to let AM do this next year!

That is just too cute! I need to show Justin this video - maybe to encourage the no stage fright theme. Such a cute post!

That was soo much fun! They did a great job. Ally is the sweetest girl to be around!

Hmm....maybe at Tech they will date? ha! (don't tell Haddie)

These are precious pictures of sweet girl!!!

That is so cute!! Great job on Taste of Honey also!!!

Way to go Ally! That video was preciousness! Love that you are starting her young!