Last night we went to Honey and GP's for an early Halloween fun night. They were kind enough to let us invade their house with our crazy pumpkin carving mess. Thank you!!! Ryan had really great expectations after finding this Vader Pumpkin pattern online. I tried really hard and after 2 hours of carving, it was clear it was not going to work! Sorry buddy, momma tried but next year we can just paint the pattern:-) 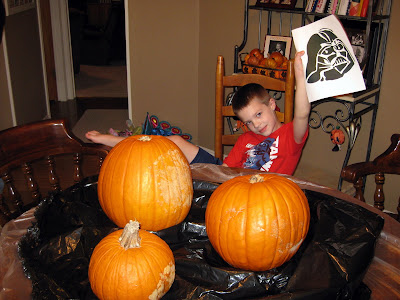 Kacey taught me the fast and easy way to gut a pumpkin-still pretty gross! 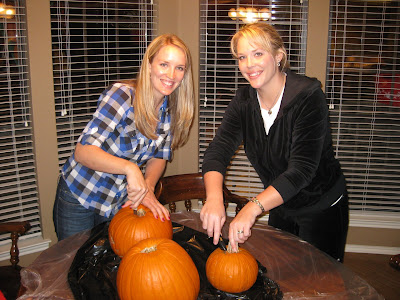 Ryan was trying his best not to touch anything! 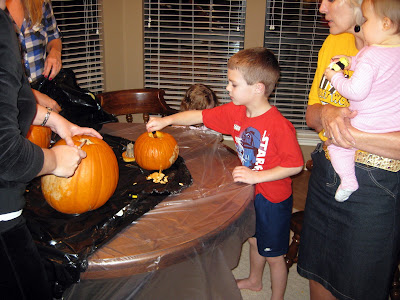 And drumroll please....Uncle Frank! He is the inspiration for the face:-) Uncle Josh sometimes goes by his pseudonym Uncle Frank so the kids named our pumpkin after him. 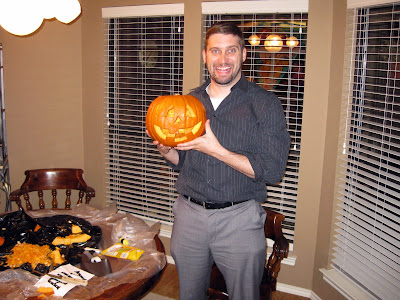 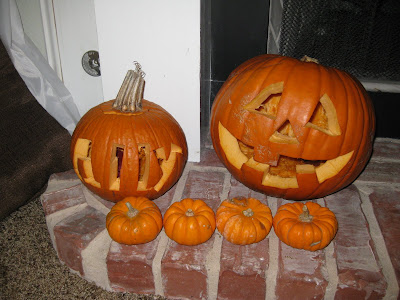 So fun. Love the finished products - sorry about Vader :). I need K's tips on gutting the pumpkin for our carving tonight.

HA! I'm glad Walker didn't see the Darth Vader! Troy would be cutting into a pumpkin right about NOW in my house if that were the case!!!

Love all the punkins...especially your two real ones!