Is this baby cute or what??!! I know I'm not partial or anything :).  I say this almost every month but this month it's SO hard for me to believe that he's already NINE months old! This month there has been a lot of changes for him.   Teething... I forgot how AWFUL that is.  Teething is miserable for all of us!  There has been lots of exploring, he's crawling everywhere and into everything.  Also a lot of changes  in eating---he's becoming much more opinionated with food.  He wants to feed himself and wants to eat what we're eating.  He's still an unpredictable sleeper but that's probably because our schedule is pretty full.  His personality is calm, and he loves being the center of attention!!

I love this boy to the moon and back.  Happy nine months Brady Boy 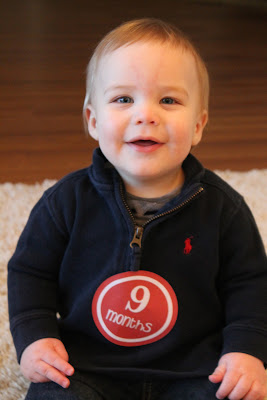 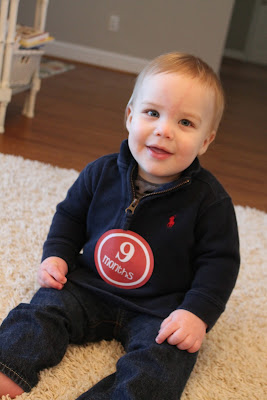 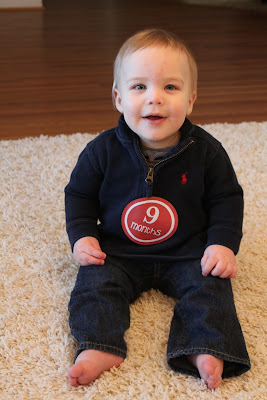 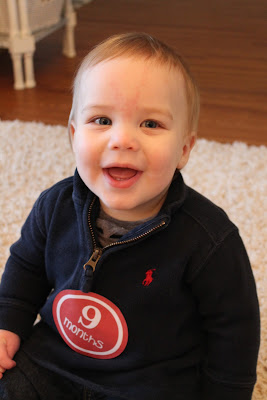 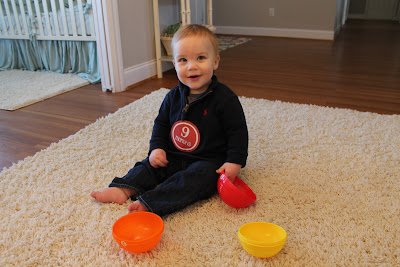 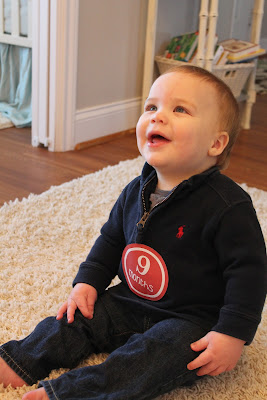 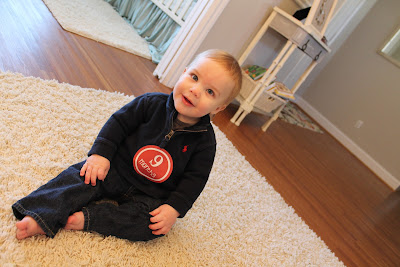 This is probably his favorite toy.  That's right Ally's big, pink, soccer ball.  He loves it and looks like a little puppy dog playing on the floor. 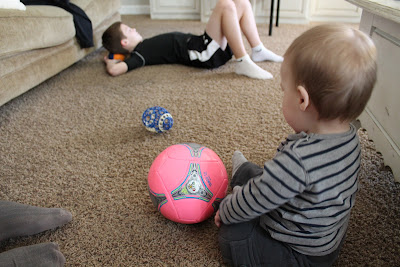 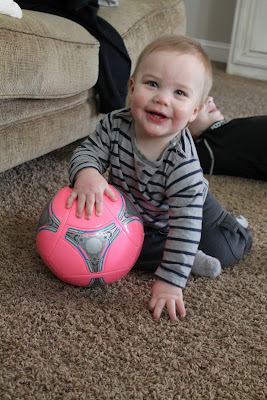 I also see a lot of this action.  He's started pulling up, which means standing will be soon...sniff sniff. 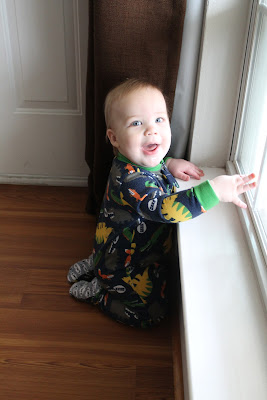 Official stats:  {still off the charts}