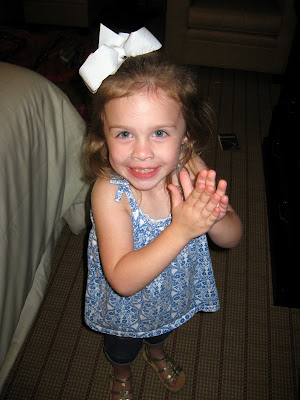 We here at the Wood home are big time Texas Ranger Baseball fans. Ally and Ryan love to watch the Rangers play on TV at night and I love that it's appropriate TV!! So a natural gift for Mark's bday was Ranger Tickets. While we were in Arlington we also went to a game and it just so happened to be Michael Young jersey night-SCORE! 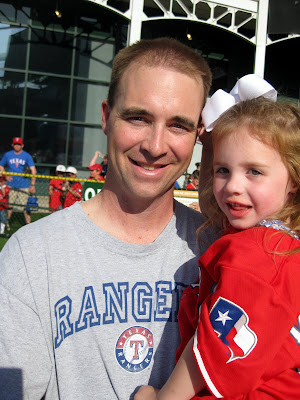 Oh I can't help but flashback!!!
Ryan has always loved Ranger baseball...
My 2 year old could smack the ball like you've never seen. He knew all the players and their positions way back then!! 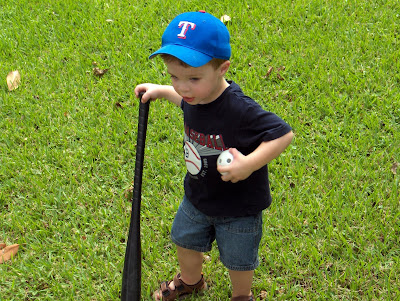 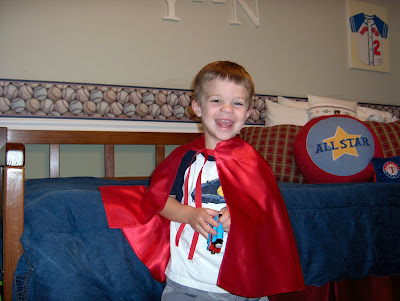 And he was Michael Young (#10 Ranger) when he was three years old for Halloween. (Man these pictures make me realize just how old he is and, he used to smile for the camera...what happened??!!) 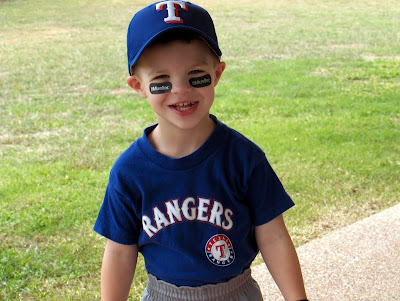 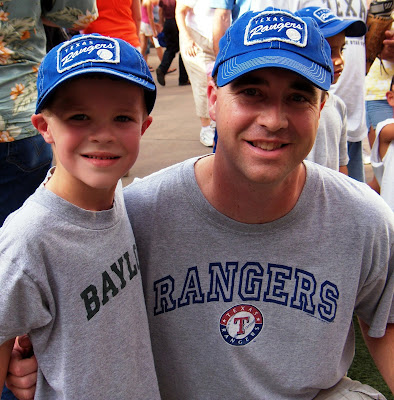 Yeah, baseball blood runs deep in our family. Mark played in college (look at how cute he is!), 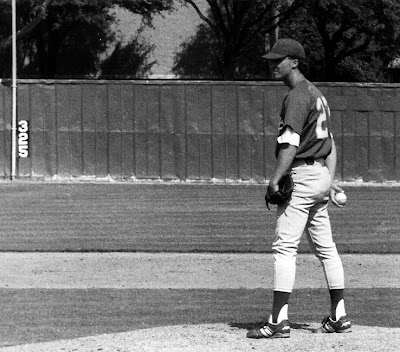 And then he coached High School baseball for a year and then worked for the Texas Rangers while we were engaged! We both love going to the games and we're so thankful that Ryan and Ally both love it as well. 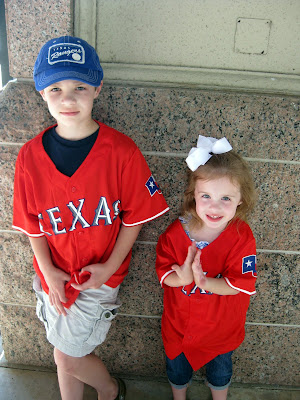 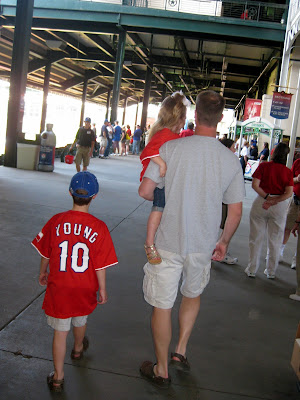 Headed to the kids area in Center Field. This was Ryan's favorite part. They really have a cool area for kids to play, and we had fantastic weather- 74 and sunny! 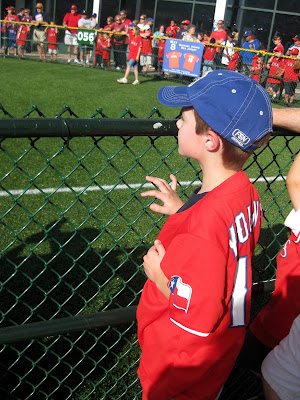 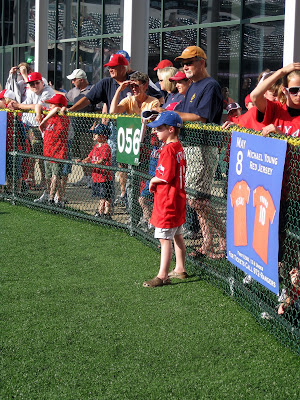 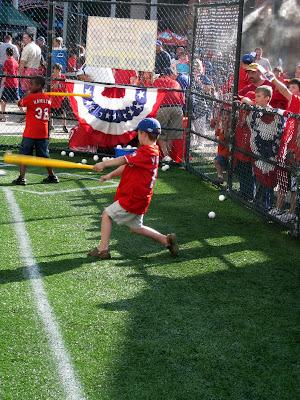 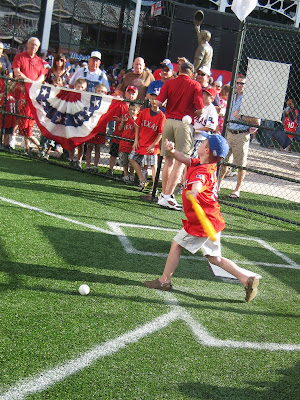 Ally had a blast too.. 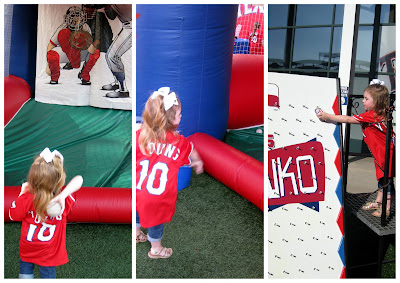 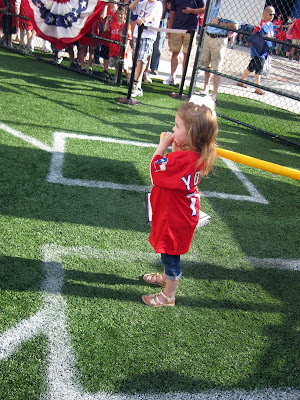 I am so thankful for days like these. We had a really great time!!! If you're looking for a fun family night, The Ballpark at Arlington is the place to go!
Let's Go Rangers!
X-X-XXX
Posted by angie at 10:17 AM

Oh Angie! SO.MUCH.FUn!!! Love these pictures of your precious fam! The flashback pics are priceless. I remember watching that stud hubby of yours playing baseball! AWESOME!

What a great day and memory for you!!!

(I stayed up watching the Rangers with Troy last night!).

How fun!!! I loved the pictures from the past. Oh, sweet little baseball player. What a fun time as a family!

So fun - looks like such a perfect family night! I love the flashback of your precious little baseball fan family!! Seeing Ryan in that little T-shirt that Wyatt was wearing just a few days ago! and Mark pitching - great memories!

Once Derek asked me how many current Rangers players I knew and could name none, I knew I was an official Astros fan. Now that I am a convert, I will always have a heart for the old Rangers I grew up with (and had a crush for - Bobby Witt was such a cutie). Love this family outting - love me some fellow baseball lovers!

Looks like Mark had a great birthday and you guys had a great family weekend. Loved the flashback pics...my how your little man has grown.