The Purdy family loves the Red Raiders. We especially love TTU football. Last weekend Kacey and Josh had us all over to watch the game and we had a blast as usual. Josh cooked an amazing meal and Kacey entertained the kids with a little cupcake decorating. Ahhh, black icing, isn't it the best??? (she said sarcastically) The boys had a ball decorating and eating some Texas Tech cupcakes. Little Ally was taking a nap and missed the fun. 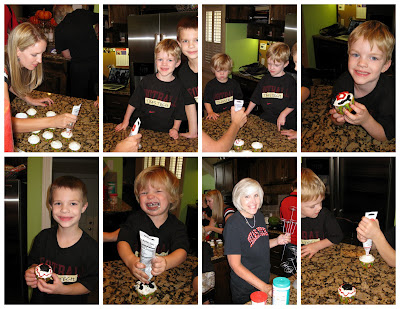 Did you see Wyatt's smile and black teeth? I instantly crack up at my precious nephew, but this picture is hilarious!!! 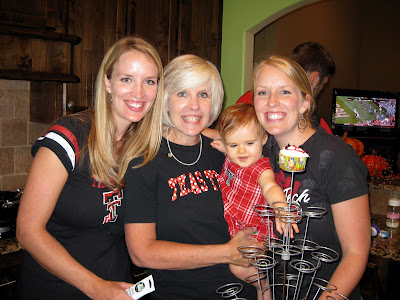 My little Raiders. In typical Ryan fashion he cheered for the longhorns all night just to be different. In fact, he was showing the 'hook 'em horns' sign in most pictures but I refuse to post such blasphemy-:-) 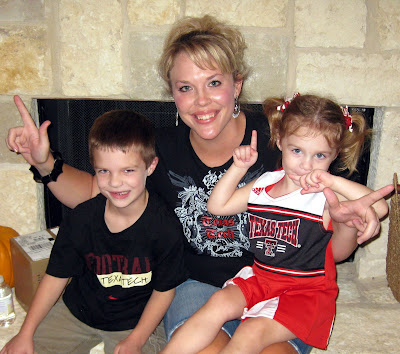 Honey being tackled by the kiddos. Ryan had clearly had enough pictures! 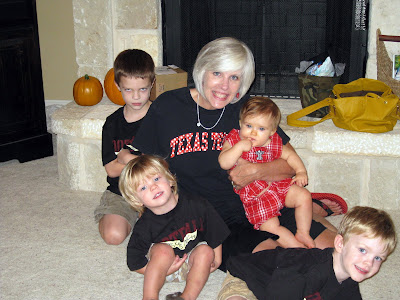 Honey, GP and the grand kids 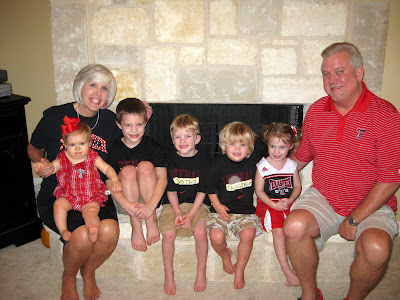 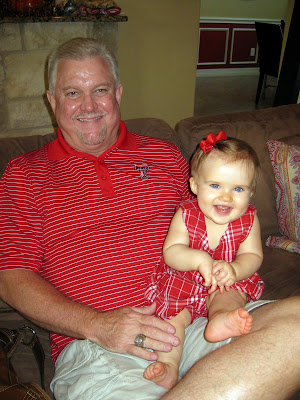 The boys decided to watch Monsters Inc. instead of the game after about one quarter. I love this picture of the cousins. Small, Medium and Large. 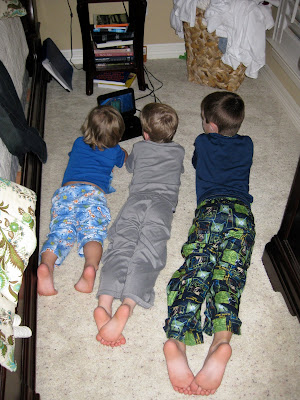 Win or lose we always have fun as a family watching our Raiders, but we would much rather they WIN!

Go Tech! I LOVE seeing a Red Raider party. Honey needs that picture on her desk. Sweet! Hope you and sweet girl are feeling so much better now. Go Tech!

SO fun that Kacey lives here now. If only your other beautiful sister could, too!!!

I love me some Ryan Wood! That is so funny. I hope you know when I am not cheering on the Baylor Bears, I am cheering for the Red Raiders! My guns were up last night, and I was very sad at the outcome.